I've been eyeing CNC routers for a while now, but as with my experiments with 3D printers, I didn't want to spend huge amounts of money just to play around with a tool I'm not sure I'll use in the future... until I stumbled over a deal while looking for other parts on one of the typical Chinese online retail sites.

I had noticed similar machines being sold under the generic name "3018 CNC" before, but reviews were mixed. But this deal had a "Pro" in its name, so it had to be better. Right?

Some quick research was encouraging. While the machine still is "toy grade", the upgrades seem to fix some of the problems people had with the older version. It's easier to assemble, more precise and overall more stable. It also uses a controller board that runs the open-source GRBL software on an Arduino based platform. This allows me to use well documented standard toolchains that are usually well supported by the community.

As for materials to work on I don't expect much, but plastics, woods, acrylics, PVC and soft aluminium are mentioned in the description. Most importantly it should be able to engrave and cut PCBs which would allow me to do some prototyping for electronics. 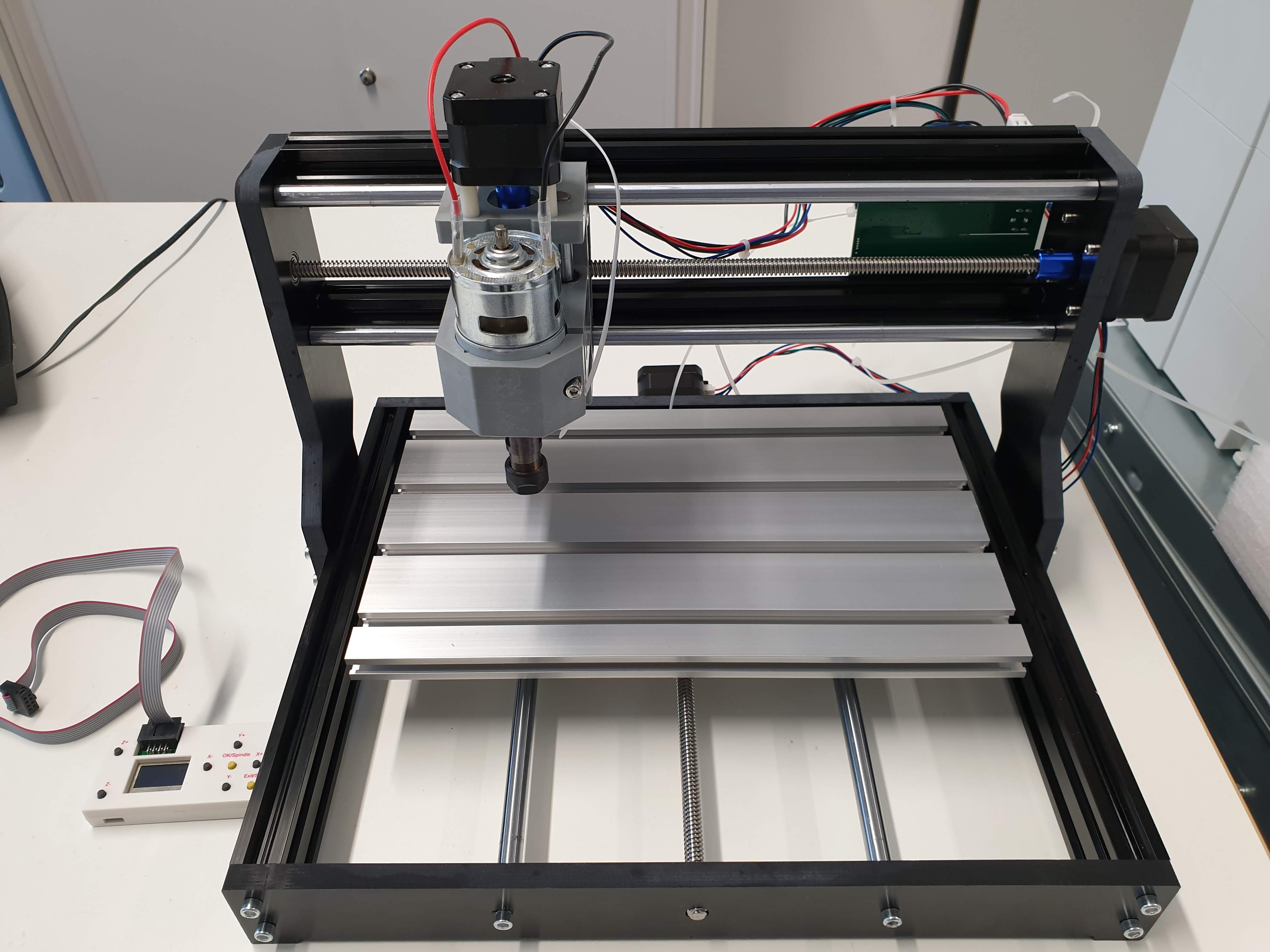 Long story short: As you can see above, I bought one of the clones under the name "CNC 3018 Pro Engraver" from "craftsman168" on Amazon Germany. At 180 € the price was just a bit more expensive then from the Chinese retailer directly, but it included a manual controller. Being shipped directly from Amazon DE also meant I didn't have to pay extra fees for and deal with customs. In total it was cheaper to buy "local".

[This space is intentionally left blank]